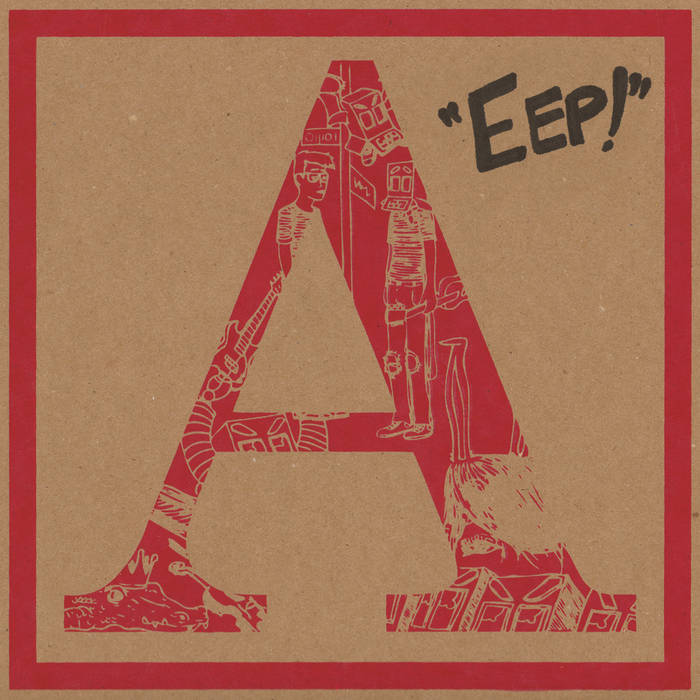 A followup to 2008's Crush All Humans LP, Eep! finds Jake Roels' project expanding from its loop-based roots to include many full band arrangements. The music is a mix of genres all mashed together into a colourful, theatrical, and cartoonish performance. A true multi-instrumentalist, Roels plays keyboards, guitar, violin, and drum machines, as well as singing vocals and arranging the record. He is backed up by the masterful Dorian Wolf of Juno nominated band Austra on bass, Rob McDiarmid on keys, Jimmy Brannen on drums, Andrew Stewart on violin, and special guest drummer Daniel Woodhead of Moon King and Spiral Beach.

The EP was recorded in basements and attics around Toronto by Chris Lyons of Toronto band Heartbeat Hotel, who produced along with Roels as well as mixing and mastering the record. Production help came from Noah Giffen, who produced Crush All Humans and has since been working with the likes Owen Pallett, Austra, and Timber Timbre.

Alphabot was constructed and sent by the robots to gather information on the world above the waves. The robots grew impatient and attacked the city. They were overpowered but returned, disguised as humans. They quietly took control and nobody noticed the difference. Alphabot has continued to gather information on all he doesn't understand. He is also trying to save the humans from the robots. ... more

Bandcamp Daily  your guide to the world of Bandcamp

outré black metal, with a Victory Over the Sun interview and music from Liturgy and Jute Gyte.